When I have the time, I like to stay with the traditional idea of carving turnips and not pumpkins for Halloween. I had time this year.
Jack-O-Lanterns come from a traditional Irish folktale, using root vegetables instead of soft pumpkins.

Needing to Hire a Storyteller? Basics 101: From "Oklahoma Tellers" Blog

This following comes from a blog I manage. If you would like to reuse it - simply cite it and it is yours. If there are suggestions for improving it - let me know...
OKLAHOMA TELLERS :
"Sometimes people decide, "Hey, let's get somebody to tell stories!" They often have no clue as to what is needed in presenting a quality storytelling experience. The first question to ask is "why do I want a storyteller?" Having a clear rationale will help you convey exactly what you need from the… Continue

Listen Now! CD Production Telecourse. A Gift For You.

I've released the audio for our CD production telecourse.

You may listen now at no charge with this link here.

Please enjoy and drop me a line if you find it helpful.

Don't forget: everyone gets a free initial coaching session with me. What are your burning questions? Please let me know how I may help you and your… Continue 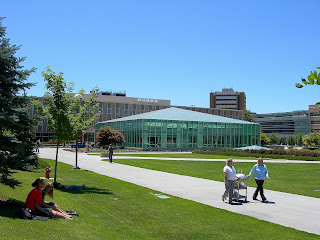 I have yet to announce an official venue for the "Family Famine: Hunger for Love" narrative production premiere on February 9, 2009.

One thing is certain--I will perform at Brigham Young University.

Now I have set an additional date. My… Continue

FFHL Blog--"Volumes upon Volumes: Neverending Programs"--posted by Rachel Hedman (Thanks to Eric Wolf)

Eric Wolf reminded me how important it is to have volumes or series in connection to a CD, DVD, book or even a program. Already I am thinking how to apply this thought to "Family Famine: Hunger for Love".

This brainstorming was inspired while listening to the "… Continue

Saturday night I went to a house concert. OK.......I helped creat the event. The ever wonderful Buck P. Creacy ventured out east to the big city life of......New Jersey! (He even visited the Empire State Bulding-which is not in New Jersey, but then nothing is perfect) I found out that this was Buck's first House Concert. Which got me thinking......(watch out).........And I wondered just how many storytellers know about HOUSE CONCERTS?

What is a HOUSE CONCERT you ask?… Continue

Toby Keith's declaration has been echoed with deafening tones in the storytelling world. "I wanna talk about me!" I remember sitting with a revered teller, seeking his advice, and seeing him shudder. "Why does an audience need to hear about my life? Why on earth would they want to hear about little old me? I'm a classicist, Layne. I want to tell them a story, not a life sketch."

Forgive my own bits of self-indulgence. When re-reading these dissertation entries I've cringed, wondering… Continue

From the beginning... the gift of story

Today, I told stories to children at a synagogue in Washington, DC. The annual cycle of the Torah has begun again, and I told stories from Bereshit, the beginning. How many times have these children learned about the seven days of creation? Every year, they study this story in religious school. Yet, they are still interested. They do not tire of hearing that G-d said, "Let there be light" and that there was light. They want to hear again how the plants were brought to life, how the sun and the… Continue

The sky was of the deepest blue, deeper than you could ever imagine. Tiny points of light began to twinkle high up above. Soft rain began to fall on the top of a high green hill.

Drawn upwards by the call of the stars, sniffing the winds of the world as they brushed past her whiskers,
speaking of the tree's story, the sea song and the moon's poem. Waiting for that certain something that seemed to be coming - slowly, oh so slowly, a… Continue

Posted my random observations of first two days of this weekend's Mesa Storytelling Festival. You can find them on my blog at

You can find cell pics at this stream:

More to come, including audio and video. 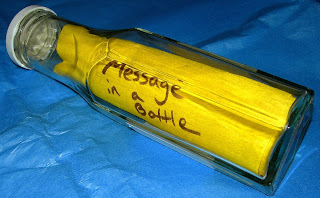 Instead of throwing a bottle into the sea and hoping someone will respond by mail, the Internet has transformed how people can communicate through chain objects in what has been dubbed "serial collaborations".

I am convinced of the marketing potential in these trends.

So time moves on.

Its Friday evening a week or more since my last posting - phew and a tiring time its been.

I decided last week that I would give myself a complete break from everything, and after the storytelling on Thursday, I took a weekend away from Emerson, just walking in the Forest with a friend on Saturday, and attending a charity event at Firle with some other storytellers on Sunday.

After a day off on Monday, I went back on Tuesday and we began our preparations for… Continue

I have not written for a long time, but I thought I would mention the importance of intuition in storytelling and storytelling teaching. Yesterday, I was working with the college students in the "Oral History of the Holocaust" class I co-teach. The students were sharing their stories with partners, still unsure where their performance pieces were headed. I had an intuition that they needed to share an image from their story with the entire class. So we sat in a circle and each student presented… Continue

This story, or at least this much of it, came to me in the rain. Funny how, for me, a good hard rain sends my mind into the dream-state. Once I was asked to write a story for a wedding and it wrote itself in its entirety during a particularly heavy storm.
Anyway, this story isn't finished because it didn't rain long enough. I'm posting this much in case anyone has suggestions, feedback, etc. Meanwhile, I'll keep working on it.

Tom was 13 when his father… Continue

Who Am I? How Do I Descibe Myself and My Art?

I just read an interesting blog by Kamal Sinclair called Professional Identity: Who Are You? and What Do You Do? (see below) It made me think about that question. I know who I am in my family, my marriage, my religion, my community and my neighborhood. I even know that I am a storyteller. But can I truthfully say that I can put who I am into the ten second elevator speech or even the 25 word buzz phrase.

Having not returned to Jonesborough for a number of years I wonder if the observations of apparel hold constant or if they've altered a bit. In any case, here's the next installment. Enjoy!

Walking across the festival grounds, one can easily identify members of the storytelling community by what they wear. Newcomers to the festival stick out, in part, by their choice of clothing. Apparel feeds into the festival in two distinct ways. First, apparel… Continue

Folks, let me tell you! This past weekend was busy. The great people, in New Caney and Spledora were most hospitable, at the fairground in New Caney. We told stories for about 5 hours. I represented the Houston LSR. The speakers committee is busy, I think I have 10 or 12 Speaking appearances. I am also going to tell some gohst stories for the Houston Guild. I really get excited this time of year. I am going to have to pull my Christmas story out and brush it off............oel............let me… Continue

When Tzeitel, Hodel, and Chava sang about Yente the Matchmaker on… Continue

Storytellers, List Your Published Books and CDs in our New Group: Storytellers' CDs and Books I have started a new group called "Storytellers' CDs and Books." Here, you can list all the CDs you have produced and the books you have published as a resource for the members of Professional Storyteller. You can add photos and links too. Please include a description of each CD and book, the publisher or producer, the year, and the ISBN. Thank you to Daniel Bishop for the idea! Happy Tales to… Continue