We lived on property near the north west corner of Shea and Scottsdale, back when gray-green waves of virgin desert roiled towards Scottsdale Road, chasing it all the way to Cave Creek, a town fifteen miles further north.  Just two houses sat on the lot. Ours was long and flat, built of block and as inspired as a public restroom along the…

Spooky Tales in the Redwood Grove

Dancing trees! Laughing birds! Talking animals! BEHOLD! A parade through the Redwoods then stories, songs and riddles to be told by the Witches Four: Jean Ellison, Bobbie Kinkead, Carol Nyhoff and Karen Werner, at the UC Botanical Gardens in Berkeley, BE BOLD!
A family friendly event. Costumes encouraged.… New DaddyTeller™ Training Video: Get Close to Your Kids

Just added another free training video to my list here at Ning. You can see it here.

http://www.daddyteller.com Bedtime Stories are a powerful way for Dads (Moms, too) to connect with their kids. Don't be afraid to sit close, put down the storybooks and tell a story to your kid. Yes, Dad, you can do this. You will grow closer to your… Continue

Please visit The Story Connection Blog for 20 Family Story Starters. These are great to encourage storytelling in families and inter-generational storytelling.

Rachel Hedman in the Storyteller.net Amphitheater

We continue our Amphitheater series this month with a new interview with working storyteller Rachel Hedman. Rachel is one of the new breed of storytellers that , since her high-school days, have directed their career plans toward the art of storytelling.

In our interview, Rachel talks a bit about being a storyteller since her teen years and her first days as a working storyteller. FFHL Blog--"Trek (2 of 7): Meeting Professor of a Like-Mind"--posted by Rachel Hedman 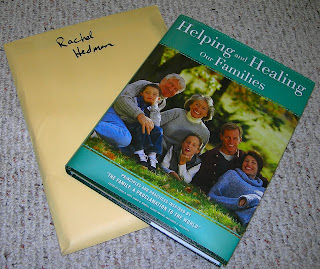 When I introduce myself as a professional storyteller, usually I must explain what I mean by "storytelling".

Then you meet rare individuals who know exactly what you are talking about like David C. Dollahite, Brigham Young University… Continue 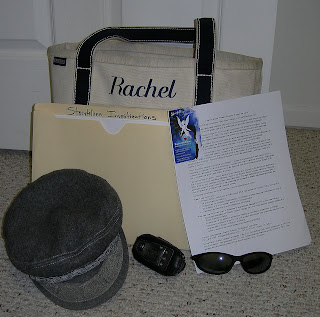 As Tuesday, October 21st, was set for the time to meet with professors and people over venue scheduling, I needed to make my trek to Brigham Young University as productive as possible.

One bit of information can open the… Continue 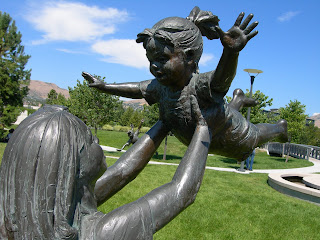 I am officially on Twitter and Ping.fm. With Facebook, I am fairly new as my brother introduced and guided me with it the beginning of January 2008.

What I have seen for all of these sites excites me to the possibilities. When I find the word "famine" in my everyday readings, I pause and wonder how this might influence the kinds of stories I share for the "Family Famine: Hunger for Love" narrative production.

If nothing else, I am reminded that many cultures--whether or not directly related to my own--have stories that call for rain so that there will not be famine upon the land.

To discover the story I will not use and for… Continue This has not been the first time that I tossed about the idea to create the narrative production "Family Famine: Hunger for Love". I have wrestled with the magnitude of this project since summer of 2005, especially as this will determine my next level as a professional storyteller and ultimately my legacy.

Part of my artist statement says, "I am exploring the strength of family relationships within the lives of historical, mythical,… Continue