This Could Be Any of Us

Recently a few spammers contacted members, asking to be emailed back for something "of interest to you."  They were quickly removed as soon as it was known.  I asked new member, Tom Doty, if I could post this for him so you don't think he's spamming.  I've known Tom for many years through the email list, Storytell. He's definitely a long time Professional Storyteller -- 33 years sharing native stories.  Look at …

Creating the Circle of the Stories, Poetry and Songs.

The sale of the cd is going well.   I am also using it as prizes on my youtube garywtittmann site.  I have sent some to Canada, New Zealand, South Carolina and my tri state area.   I am amaze at the great comments my brother and I are getting back on the cd.  I guess we got it right on the first tried.   http://www.garywittmann.com

The King of Hearts Centre for the Arts

Last Friday week I was telling Tudor tales at the King of Hearts Art Centre in Norwich. A fantastic Tudor building and sadly the only venue to reguarly put on storytelling events in the City. To learn something of this building simply click here....

Hooray! My White Reindeer book is now published as of today – barely in time for Christmas! It is being sold for $22.95 on my Publisher’s website.

This week only, if you put in the coupon code of “Merry50″, you can buy the book for 50% off plus $.99 shipping if you don’t mind waiting for… Continue

Invitation from an Irish Wondertale I have spent the day finalising a podcast called The Deep Hearts Core. This comes from the last line of one of my favorite poems by W B Yeats called The Lake Isle of Innisfree. This is a place I go to for inspiration.

This takes the Irish myth about the beautiful people called the Tuatha de Danaan and uses the tale to tell how we in our own way have driven our own beauty underground. I would like to share this story with you. You can… Continue

Blog for June 25, 2009
Carolyn Stearns Storyteller
Storytelling Is Like Play-Doh

I have made my weekly trip to the library and carted home another bag of storybooks. Always in search of new material or different views of presenting old classics I pour through the children’s section savoring memories and new treasures. Twice a year our library holds a benefit book sale and towns people donate books from their collections and a garage fills. Come the appointed weekends it… Continue Welcome to my world... & the devil take you!

I am Dave Tonge, The Yarnsmith of Norwich, A teller of tales for about eight years now who specializes in English tales (Although there is no such thing really!) I have three other blogs on Blogger that can be accessed via this site. Two are about different aspects of my storytelling; about where I tell and examples of some of my stories. The third is about history, in particular the history of the lower orders; people like me!

So I'm not sure what I shall… Continue

The legend of the Vanilla

I have been researching a number of stories concerning the legend of the Vanilla, as told by the Totonac people. I settled finally on a story that marries both botanical facts with magic and a wonderful love story. If you are interested in finding out about the problems in pollinating vanilla plants by the early Spanish conquistadores go to Digistory. If, however, you want to read the full legend of the vanilla, go to… Continue 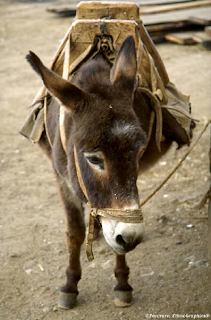 I can never seem to leave a bookstore empty-handed. The trip to Barnes & Noble was no different.

The book that caught my eye was "Latin American Folktales: stories from Hispanic and Indian traditions"… Continue

FFHL Blog--"Trek (3 of 7): Finding Filmmakers for Storytelling"--posted by Rachel Hedman 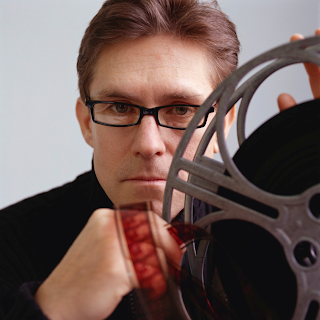 Thanks to David Novak who guided the Brain Trust Session at the 2008 National Storytelling Conference and gave his blessing for the ideas to be shared as well as the picture posted. More appreciations go to Teresa Clark and Mary Hamilton for permission to share comments as well as to all who attended the session on August… Continue

First of all, let me tip my preverbal hat to the word conundrum. I love that word. I can’t say it fast. It demands an extra moment and a little extra effort, which is fitting for any conundrum.