The Legend of Paddy Mahony's Gold 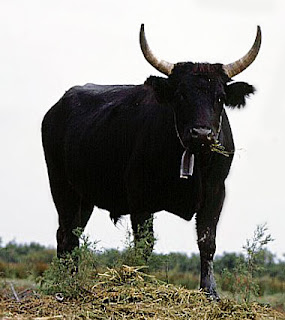 Horse's Head was inhabited by one Paddy Mahony, who dwelt in what was referred to as a "solitary hut". Somehow it was revealed to the lucky Paddy that a great treasure was to be found in a certain place near Horse's Head. Paddy lost no time, and set out with shovel in hand in search of the buried treasure.

What he found at the bottom of his pit, and what was found to be guarding it, can be discovered by listening here.

Comment by Dale Jarvis on October 10, 2008 at 11:00am
Happy Birthday! I'm delighted you got it, and I hope you'll let me know what stories you end up telling from it. I intended the tales to be "tellable" so any feedback is welcome.

Comment by Carolyn Stearns on October 10, 2008 at 10:42am
Wonderful! I really enjoyed your telling of Paddy's tale. I recieved your "Golden Leg" book for my Birthday this week and have been buried in the pages each evening since. My teenage sons friends are always asking for a scary story. I am armed to tell now and will be bringing scary stories to life for them in the forthcoming weeks. It will be fun to see which ones they like. Thank you so much for your generous sharing of the wealth of tales from the shores of Newfoundland.

Comment by Rivka Willick on October 2, 2008 at 6:36pm
Dale,
What a pleasure to hear you tell. Have you ever walked where the treasure was buried?